Beyond Drones: Unmanned Systems Give Military and Defense Users the Insight to Act 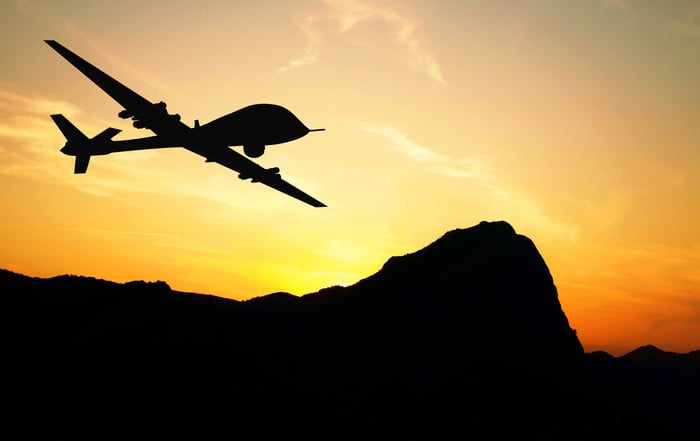 While the unmanned aircraft system (UAS) itself bears little resemblance to the drones making huge headlines, military and defense applications were the predecessors to modern day operational intelligence (OI) technology that has the potential to revolutionize commercial markets. In fact, the new OI applications on the market are enabling UAS technologies large and small to connect to greater situational awareness.

Even as drones grow in popularity across other industries, unmanned systems continue to make a dramatic impact for air, land and sea military deployments. The benefits are far ranging, including the actual UASs themselves and the technology enabling data integration for UAS operators.

- Protect personnel in combat-heavy zones.
Military zones can be conflict-riddled, and keeping personnel safe from harm during missions is a top priority. Employing UAS technology can eliminate the need to send them directly into harm’s way by flying over areas of interest, collecting much-needed surveillance and relaying that data back to the command.

Using apps that run on Operational Intelligence (OI) technology, the command can gain situational awareness through a common operating picture (COP) that shows details of the area – from the terrain to enemy forces in the area to buildings in the vicinity – by collecting and integrating data. With these details, the military units can create a plan of action designed to more efficiently identify targets, decrease the loss of life, protect infrastructures and even record the mission for training after the event is complete.

A UAS system can filter and prioritize data such as live mission data, weather conditions, video and RADINT, among other sources, to allow transmission in low-bandwidth areas. These advanced processing and filtering techniques provide both deployed personnel and the command with the vital information needed to make time-sensitive decisions. The U.S. Army is even exploring autonomous UAS technology that can operate without GPS data.

With UAS technology gaining popularity, looking to its predecessors in the military and defense industry that continue to deliver actionable insights for personnel can provide the inspiration needed to move adoption forward for the commercial sector.