Storm Watch: How Drones Are Going to Be the Weather Forecasters of the Future 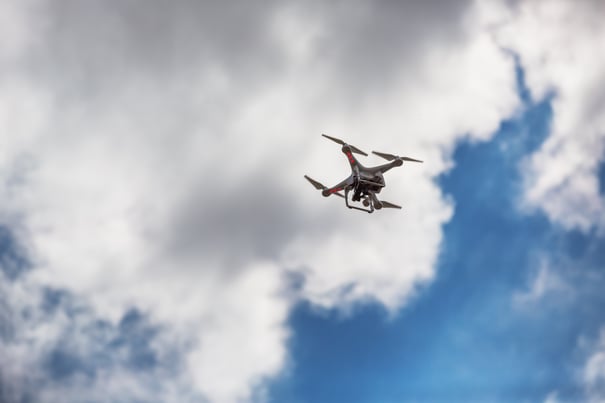 Drones, or Unmanned Aircraft Systems (UAS), can now be used for aerial inspection to property surveillance, but can they also save lives? Drones are better able to predict storm forces than traditional methods, and that ability can be lifesaving when severe weather strikes. They could play an integral role in forecasting and relaying the most accurate information to scientists and the public. Meanwhile, the steady improvement of drones will increase the amount of weather data they can collect. Drones are set to be the (better) weather forecasters of the future, and here we’ll explore the reasons for it.

Currently, meteorologists are employing radar, satellites, mobile measurements and weather balloons to surround storms and collect as much data as possible. However, there is a gap in current data that drones could fill. They will allow scientists to receive measurements and data that they could not get safely any other way. For instance, when needing to fly into the middle of a violent storm, it would be more efficient and safer—at a fraction of the cost—to send a robust drone rather than a vehicle or aircraft with a human operator inside.

With the ability to receive and download data in real time, drones will change weather prediction for the better. Getting that data to forecasters and researchers immediately will transform current weather prediction models and help them to better learn how storms develop. According to experts, UAS storm prediction could increase the lead warning time for violent storms such as tornados from just a few minutes to almost an hour, which could save thousands of lives and give people more time to protect themselves and their property. People could even enjoy several days of advance warning, which would give them a fighting chance to prepare or evacuate.

For example, in October of 2016, NASA sent a drone to track Hurricane Matthew off the coast of Florida, dropping sensors straight into the storm. In coordination with NOAA and several other weather analysis organizations, the drone was able to track things like temperature, pressure, humidity, wind speed and direction. It could then transmit that information to scientists in real time. The drone used was built for monitoring disasters with a special radar that can examine storm formation, structure and intensification.

Collecting critical data on a storm’s development will help to provide better, more precise forecasts in the future. Drones for weather prediction will be able to use their place up in the sky to help people on the ground below protect themselves. Within the next decade, drones will likely be an integral part of the regular forecasting routine and become the norm for standard measurement devices.

Drones and the Future of Meteorology

There is an abundance of untapped potential for drones within the weather industry. From storm damage surveys to aerial footage of floods and droughts, the potential weather-related uses for commercial drones has yet to be fully realized.

Contact Simulyze today to schedule a demo and to learn more about the operational intelligence (OI) technology that is helping to ensure safety throughout our skies.