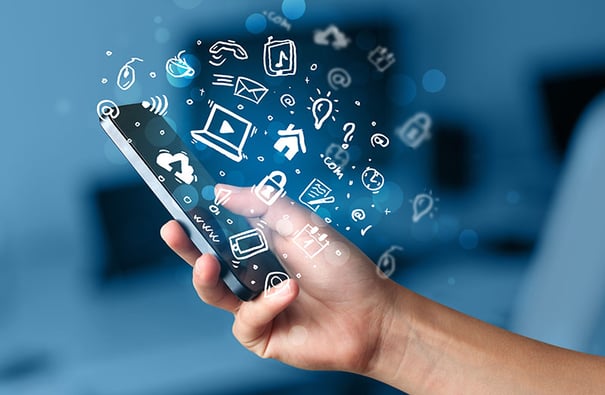 Mobile technology is making the days of working behind a desk from 9 to 5 a thing of the past. As smartphones, mobile apps and WiFi connectivity become more ubiquitous, working from anywhere and at anytime is a very real possibility.

Also helping push the “work-from-anywhere” envelope is the rise of operational intelligence (OI) technology that can monitor and process big data in real-time, even on the go.

But difficulty gives rise to innovation, and applying OI technology to the collection and analysis of vast amounts of structured and unstructured data is transforming a number of industries. OI is especially becoming a boon for the unmanned aircraft system (UAS) industry, whose evolution and rapid adoption is making on-the-go data processing and analysis – especially in areas with low bandwidth – a challenge for some of the most demanding applications.

With OI technology facilitating big data transfer and analysis, UAS operators have a standardized view of data, which facilitates better data insight, better decisions and better outcomes, among other benefits:

Low-bandwidth Delivery: Many UAS users, particularly those in the military or law enforcement, often find themselves in remote locations where connectivity is a challenge. In those cases, processing vast amounts data in a timely fashion can literally be the difference between life and death. Implementing an OI platform enables UAS users to efficiently move data between the operator and command.

OI technology can also prioritize and filter data using advanced processing and timing techniques to facilitate data transfer even in the lowest connectivity for commercial uses as well, such as precision agriculture, power line inspection and wind turbine inspection.

Real-time Monitoring: Many UAS applications require up-to-the-second data transfer and analysis in what are often hostile locations. Without this information movement – even in these low-connectivity situations – the critical, real-time monitoring of areas many people rely on for safety is off the table. Technology built on an OI platform enables easy data transfer so that users in the field and command can keep a tight watch on volatile situations – while keeping people out of harm’s way.

Situational Awareness: This low-bandwidth delivery and real-time monitoring combine for another key benefit for UAS users – situational awareness. OI technology makes it possible to quickly and easily transfer and process the large data volumes has made a common operating picture (COP) – a vital part of many operations – a reality for today’s UAS applications.

Relaying vast amounts of data across great spans of land, sea and air – particularly those with low connectivity – has presented numerous technical challenges across commercial and private industry, particularly with UASs. But as the UAS industry takes major leaps forward, OI technology’s potential is ensuring that the data that keeps the systems going isn’t left behind.

Download our free eBook to learn more about the role of operational intelligence (OI) in unmanned aircraft systems (UAS) across various industries.