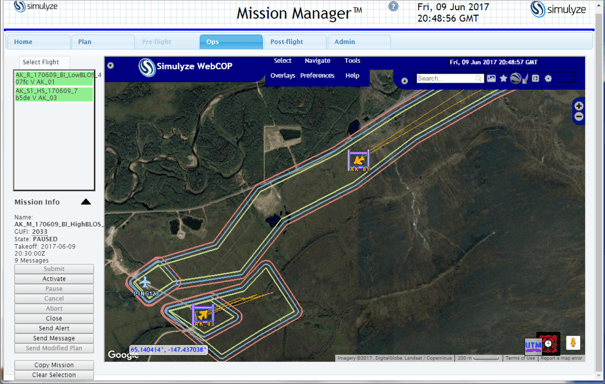 Beginning May 15th, this year’s campaign focused on flying drones beyond an operator’s visual line of sight over sparsely populated areas near six of the Federal Aviation Administration (FAA) test sites. The operational scenarios simulated a variety of use cases including package deliveries, farmland surveys, search and rescue operations, railway inspections and video surveillance operations. 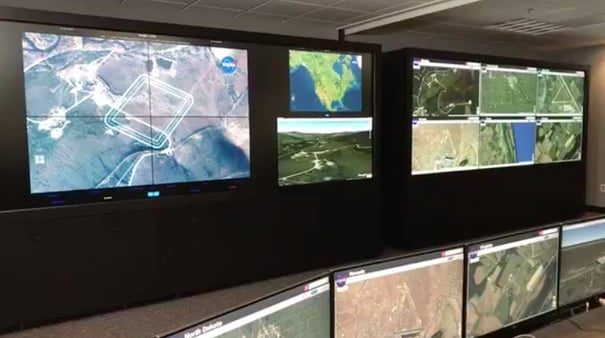 The Ames Research Center live streaming event of the TCL 2 Campaign on June 6.

NASA is working with the FAA and other industry partners to develop a system for managing drone air traffic. Unlike the current air traffic management system, one for drones won’t rely on human controllers, but instead, will rely on an electronic system to receive alerts and access input flight information. This summer’s events tested many of these ideas and involved in-depth discussions on new concepts and technologies that will help keep our skies safe as millions of drones begin flying across the U.S. 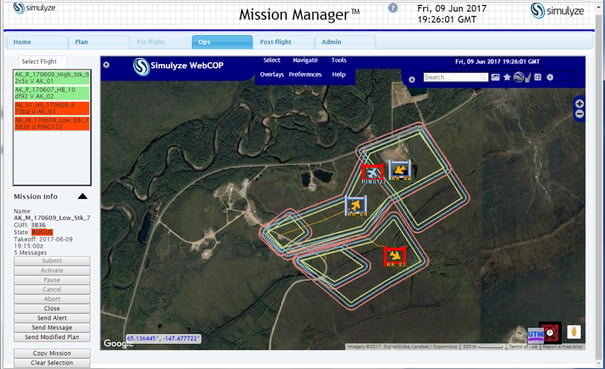 NASA TCL 2 National Campaign, Alaska UAS Test Site, June 9, 2017: Screenshot from Simulyze’s Mission Insight™ application shows four aircraft flying in close proximity, including beyond visual line of sight operations; two of four UAS are shown operating outside of their respective flight volumes, and notification is sent to the violating operator as well to other operators in the area.

As the only UAS service supplier who has worked with all build versions of NASA’s UTM software, we have a Space Act Agreement with NASA in support of its UTM that runs through December 2019. Our partnership with NASA’s Ames Research Center is focused on the research and development of a UTM system to enable and support safe and effective UAS operations. Our Simulyze team supported NASA’s TCL 1 National Campaign, which was the first nationwide test of air traffic management for drones, in April 2016, and successfully deployed our Mission Insight™ OI application.

Again, in June 2016, we successfully deployed Mission Insight™ at the first U.S. ship-to-shore drone delivery. Taking place on the New Jersey coastline, the event featured independent drone delivery service Flirtey and the Johns Hopkins University School of Medicine demonstrating the potential use of UAS to deliver medical supplies during a natural disaster or humanitarian crisis.

This year, we enjoyed another successful deployment of Mission Insight™ at the TCL 2 National Campaign where we directly supported the two test sites with our enterprise-level solution that integrates and visualizes all aspects of multiple flight operations into a single interface. During the exercise, we fielded two UAS Service Suppliers (USS) as well as USS web-based clients and extended the USS client enterprise capability it demonstrated in the previous TCL exercises to include a capability for a single client support for one vehicle operations as well as multiple fleet operations from a single enterprise client.

Working with ACUASI and NPUASTS, our Simulyze team also demonstrated and tested simultaneous operations in close proximity. The USS and the overall UTM system were exercised under nominal and off nominal flight conditions, and we successfully exercised interactions with operations that went outside of their flight volumes or data reporting timelines.

In our research effort, our engineers added a number of capabilities to the USS, including a coordinated operation capability that allows multiple vehicles to work together to share airspace, which is essential to support operations with shared launch and recover locations. We also added a capability for a vehicle to pause operations without relinquishing its airspace use that enables a series of flights to be conducted within one airspace reservation, such as flight durations that require a battery swap between sorties. This capability was also used if a vehicle had to land for an adjustment but could quickly be returned to its flight without requiring a replan or potentially losing the airspace reservation.

UTM provides data analysis that is useful in real time as operators monitor the platform. It provides a common situational awareness of what is happening in the airspace and communicates that data to all flight operations within a particular area. With our operational intelligence (OI) platform, we are specifically taking the situational awareness capability and the UAS traffic management capability and putting them together to send unprecedented data insight to operators to help them plan and carry out their missions safely.

“We want to enable safe operations of drones,” said Tom Prevost, lead researcher on the NASA UTM project. “There are so many valuable use cases available, from medical delivery to infrastructure inspection, that we want to enable this industry to flourish. However, we need to do this safely and remain within FAA authority.”

This year, marks the second year in a row NASA has taken its UTM technologies on tour to further assess and refine their capabilities. Two more phases, TCL3 and TCL4, each increasingly complex and involving flying drones with specific tasks above more populated areas, are scheduled for 2018 and beyond. NASA plans to turn over its UTM research to the FAA in a sequence of research transition products linked to the TCL tests between now and 2019 for further testing and implementation.

We’re proud to participate in NASA’s UAS traffic management research and demonstrate the capabilities of our Mission Insight™ platform. Stay tuned as we continue to support the next research phases in TCL 3 and 4 next year!