The Future of Farming: UAS in Precision Agriculture 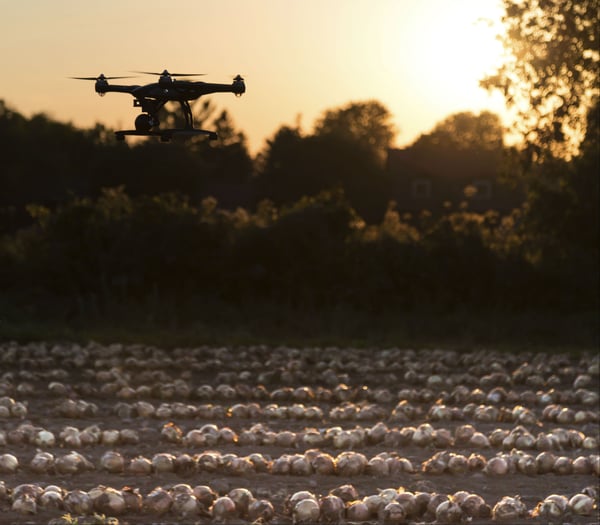 As the Federal Aviation Administration (FAA) begins granting permits for unmanned aircraft system (UAS) flight across a number of commercial industries, the technology is poised to join GPS-guided tractors and wireless solar-powered sensors as everyday technologies enabling farmers to be more proactive about their crop management. In fact, Bank of America Merrill Lynch estimates that over the next 10 years, UAS technology has the potential to generate $82 billion in economic activity in the agricultural industry alone.

This influx of economic activity and technology, according to Boston Consulting Group, will usher in a wave of technological improvements, reinvent current farming practices and drive the adoption of precision agriculture within the U.S.

What is Precision Agriculture?

Growing UAS Use in Precision Ag

Farmers are already turning to technology in drought-stricken areas utilizing smart irrigation systems and wireless soil sensors, but FAA limitations on UAS technology have previously prevented their full integration into precision ag practices. With the FAA gradually loosening restrictions on UAS usage and already approving more than 2,000 drones for commercial use, here are three ways UAS technology can impact agriculture.

- Variable-rate Fertility: By using UAS-gathered NDVI data, growers can create variable-rate application maps to understand the nutrient uptake within a single field. Farmers can then apply more fertilizer in struggling areas while reducing application in healthy ones, reducing costs and increasing yields.

- Mid-field Weed Identification: Combining NDVI sensor data and aerial imagery to create a weed map allows growers to distinguish weeds from healthy crops. In the past, many farmers didn’t realize how prominent their weed issues were until harvest time. Utilizing UAS technology means no more waiting until the season is over to realize there was a problem – and bear the burden of lower yields.

These examples only cover the beginning of what’s possible when using UASs on the farm. As drones become more common, the increasing amount of traffic will need to be managed in an organized way. With operational intelligence (OI) technology, the FAA and other governing bodies can easily coordinate and prioritize UAS flight data with that of other commercial trips to help ensure safety for UASs and passenger flights, as well as the farmer’s property.

To learn more about operational intelligence’s potential impact on UAS adoption in agriculture and other commercial industries, download our free eBook.