Detection Via Drones: How Drones Are Being Used for Detection Purposes 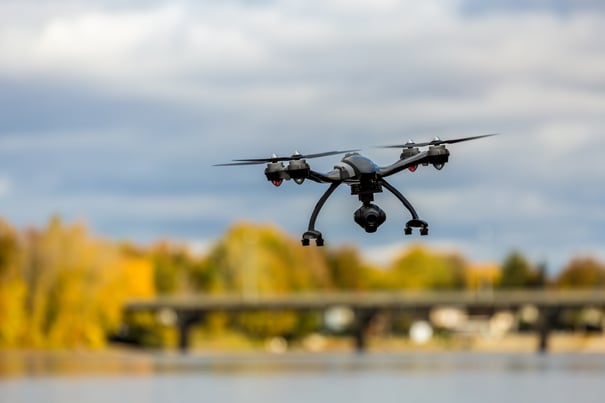 Unmanned Aircraft Systems (UAS), or drones, are being employed for numerous life-saving missions, from humanitarian aid delivery to search and rescue operations. But drones can also go where people can’t (or shouldn’t). Today, several projects are underway to use drones for detection purposes in order to save and protect lives in many ways, particularly from dangers that are often hidden until it’s too late. UAS detection solutions range from detecting landmines to toxic gases and much more.

Drones are growing sensors as fast as they can be invented or resized. More and more drones are fitted with chemical detection sensors, while radiation detectors could safely detect toxic leaks. And when it comes to finding radioactive material, hazardous gases or even regular fuel leaks, flying a drone into hostile environments could be a faster and safer approach than having a human explore the situation. UAS can be used to detect radiation leaks in and around nuclear power plants or flown in clouds of smoke from a burning building to give first responders immediate data about what kinds of hazardous gases might be present. Thermal imaging cameras on top of drones can see through smoke and improve situational awareness of critical incidents.

Gases such as methane are valuable sources of energy carried in pipelines across the U.S. However, these invisible gases are incredibly dangerous to human health. To combat risk, NASA, for instance, has recently developed a drone that can detect dangerous gas leaks—and methane in particular. Its engineers are working to integrate a sensor onto a drone that was built for the Mars Curiosity rover. The sensor was brought on board for the journey to the distant planet for its ability to sniff out the elements that are also potential indicators of life or life-like activity. Today, using a NASA Open Path Laser Spectrometer, these new drones can detect methane to discover leaks of all sizes.

NASA’s goal is to develop UAS that will improve traditional inspection methods for natural-gas pipeline networks in order to enhance safety and improve location accuracy.

Other drones have been crafted to autonomously map, detect and detonate land mines to potentially clear the world of the deadly devices in less than 10 years. Researchers predict that there are around 100 million land mines left over from conflicts that have long since ended.

Although the conflicts are over, landmines still lurk just beneath the surface and kill thousands of innocent civilians every year. However, the Mine Kafon Drone hopes to change these statistics.

The Mine Kafon Drone creators claim that their technique is up to 20 times faster than traditional de-mining methods, and up to 200 times more cost-effective. They originally brought their invention to Afghanistan, one of the worst affected countries in the world, with an estimated 10 million land mines contaminating more than 200 square miles of land. If this device can live up to the creator’s claims, it could help change and save lives around the world.

UAS technology is helping to prevent life-threatening disasters with detection solutions and equipment. Drones are significantly improving the nature and methods of detection, as well, by reporting data faster and with less risk to human workforces. And with the help of the enhanced situational awareness abilities of Operational Intelligence (OI) technology, UAS can be safely operated in shared airspace. In addition, OI aids in mapping and thermal radiation detection.

Because this is a safer, less costly and more precise method compared to traditional approaches, employing drones for detection purposes is an ideal process that continues to gain considerable momentum.

Schedule a demo today to learn more about Simulyze’s OI technology and its impact on the continued adoption of commercial UAS and detection via drone.