Drones in the Fight Against Disease Outbreaks 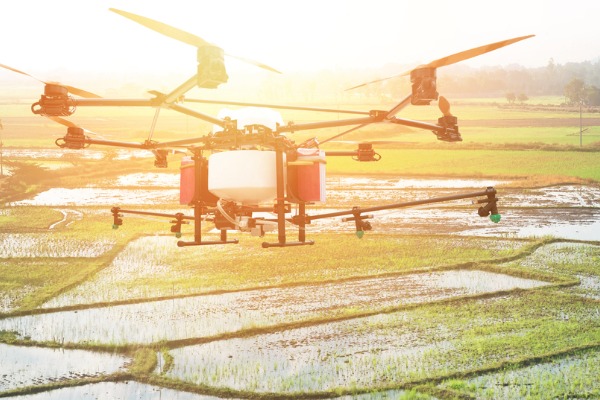 The constant beating of mosquito wings you hear this summer may soon include the buzzing of propellers from flying mosquito-killing machines, otherwise known as drones.

Pioneered by the U.S. military, unmanned aircraft systems (UAS), or drones, are being proposed in a growing number of commercial applications. Today, UAS technology is increasingly used to predict, prevent and study disease outbreaks. Most recently, drones are being considered to support mosquito control. One of, if not the most dangerous creatures on Earth, mosquitos have been spreading deadly diseases to humans for centuries. The latest plague they’re spreading is the Zika virus, and current methods of preventing mosquito-borne diseases continue to be highly inefficient.

Traditional methods such as helicopters, planes or ground workers with handheld sprayers also fall short in obtaining significant data from animals that live in harsh environments—drones could be the answer. By catching mosquitos, drones can help scientists to better understand and respond to the way diseases become epidemics. They can detect, catch and take blood samples of mosquitos to help them better mitigate the potential for infectious disease outbreaks before they become wide-spread health disasters.

Not only in an effort to study these dangerous insects, but to effect more immediate results, drones are set to be the future of mosquito control. For instance, Ascension Parish, a small district in the state of Louisiana, recently bought a drone in time for peak mosquito season. This June, Ascension launched the drone to fly, hover and spray up to 20 pounds of chemicals at a time in hard-to-reach areas where mosquitos breed. There, a private mosquito control company has also been using drones to scout for breeding sites to kill larvae found in standing water, removing the next generation of mosquitos before they take flight. This method is one of the best ways to control the population of mosquitos and prevent the spread of disease to humans.

With drones, operators can spray with greater precision, which will allow the company to save on cost, improve worker safety and limit environmental impact unlike more commonly applied aerial methods. Drones outfitted with cameras can also survey hard-to-reach breeding sites and enable the rapid, repeatable and safe collection of high-resolution imagery. Aerial mapping with drones can be used to conduct site surveys and track job progress while conducting real-time data gathering and analysis.

Currently, the Ascension Parish mosquito control company mentioned above has employees in training to operate drones and they have been continuing to work on licensing requirements with the Federal Aviation Administration (FAA). Safety and privacy concerns have often stalled the advancement of such commercial applications of drones. However, solutions like Simulyze’s operational intelligence (OI) platform, for example, provide the foundation needed for safe UAS flight.

OI has proven that drones can be safely integrated into the national airspace and can provide the necessary measures for eased FAA regulations to allow for further use and study of commercial UAS applications. All things considered, drones are already on their way to the frontline of mosquito control and global disease research.