From Land to Sea: 5 Ways Drones Are Impacting Underwater Operations 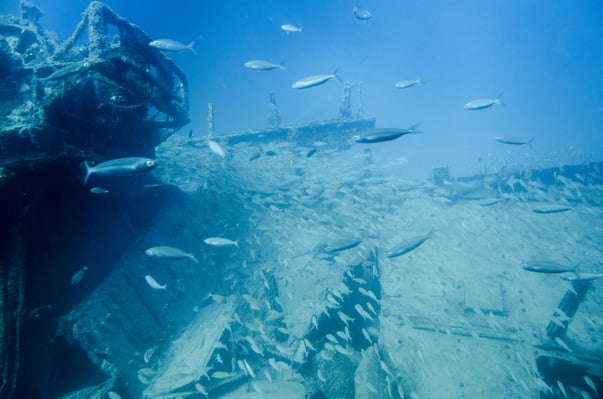 Drones are best known for taking to the skies in an increasing number of industries and uses. But many may not be aware that drones are also hard at work in the world’s oceans. Drones are a widely used type of underwater vehicle serving a range of military, commercial and scientific needs.

In May, for instance, the Association for Unmanned Vehicle Systems International (AUVSI) hosted the largest trade show for the systems and robotics industry, XPONENTIAL 2016. There, Simulyze along with 8,000 other leaders and professionals in robotics and unmanned systems came together to discuss the latest innovations in the unmanned systems market, including remotely operated unmanned underwater vessels. Within the unmanned system space, a lot of the focus tends to fall upon aerial vehicles, but underwater drones have been used quite a bit throughout the history of unmanned operations with continuous technical advancements. They’ve been employed in the search for the missing Malaysian airliner (which unintentionally unearthed two ancient shipwrecks), for general ship repair and much more.

With that technology in UAS’ corner, these five underwater drone operations are poised to take off.

By the 1980s underwater drones known as remotely operated vehicles, or ROVs, became more widely used for the offshore oil and gas industry. Since then, designs have evolved and capabilities increased for underwater drones to operate at greater depths, and carry much higher-resolution cameras, more sensitive sonar and more capable manipulator arms. As the world’s population increases, the need for efficient product and energy delivery is becoming more pressing. Many new energy developments such as wind, solar or oil and gas, involve under water infrastructure.

In particular, fossil fuel companies looking for ways to speed up exploration, drilling, construction and maintenance work turn to these heavy-duty underwater drones.

Many bridges for example, act as homes for electrical, gas, high-speed data and other utilities. The inspection and maintenance of those utilities is critical to maintain service and avoid hazards to navigation. Today, a survey and imaging system can be mounted on an ROV or AUV to inspect the deepest structures and bridges. Underwater drones can supply better methods for acquiring and recording data that improve quality, cost-effectiveness and safety of traditional inspections.

Autonomous underwater vehicles, or AUVs, are another type of underwater drone. Unlike ROVs they are more likely to be employed for underwater survey missions such as detecting and mapping submerged wrecks, rocks and obstructions that can be a hazard to navigation for commercial and recreational vessels. AUVs are often deployed on search and recovery missions. Search efforts for missing aircraft and wreckage are common jobs for AUVs, such as the search for the Malaysian Airline flight 370 that disappeared in 2014. This new technology has demonstrated that it can cover wide seabed areas at a higher resolution over shorter periods of time compared to conventional sonar systems.

Ever since the 1960s, scientists have been working to expand the use of underwater drones in the military. Today, they have begun testing drones that can glide underwater for days or weeks, quietly collecting data from the ocean floor to send back to crews on ships or on land. Information is quickly transmitted back and forth from the vessel to the military operator to analyze large streams of data.

The upcoming year is expected to bring about the massive development and purchase of underwater drones. They will be stealthily gathering intelligence, detecting and neutralizing mines, hunting submarines and charting the ocean floor. With the advanced technology today, underwater drones are scalable and dependable, and they can operate with a high degree of autonomy while potentially submerged for months at a time.

Underwater drones have opened a whole new world of undersea exploration. With these underwater vessels scientists can get a glimpse of what lies below the surface without ever venturing into the water themselves. Today, not only scientists and engineers, but anyone with the interest can explore the depths of the ocean with commercial underwater drones. Professional and amateur archeologists alike can explore exciting marine wildlife, shipwrecks, lost artifacts and much more without ever leaving the operation deck, and with minimal impact on the sites.

To learn more about the role that operational intelligence (OI) can play in underwater drone operations, please download our free eBook.

To learn more about Simulyze’s Mission Insight technology or to schedule a demo, please contact us.