The Impact of Drones on the Future of Public Safety 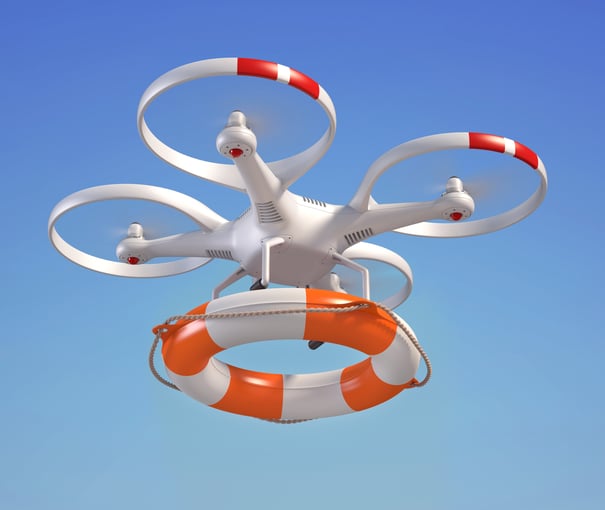 Drones, aka unmanned aircraft systems (UAS), are becoming an asset to public safety. As the number of drones in our skies increases, the industry has faced concerns about safety. But UAS are actually very safe to operate and can even improve public safety, especially with the help of operational intelligence (OI) technology to improve situational awareness in shared airspace.

The Federal Aviation Administration (FAA) continues to refine its guidelines on drone flight in the National Airspace, particularly as many commercial and public industries realize the potential benefits that drones deliver. Public safety officials around the country are arguing to add UAS to the payroll to save lives in a number of situations and make the world a safer place. Industry officials project 20,000 to be purchased annually by public-safety agencies by 2025.

UAS have the potential to save lives, from inspecting suspicious packages to helping a SWAT team decide how to proceed in the case of barricaded gunmen. But as with the general public, each of these instruments must be officially registered with the FAA and operated according to certain guidelines and restrictions.

The Wichita Falls Fire Department in Texas, for example, has been utilizing new drone equipment that could save lives. One piece, a thermal imaging camera, can help firefighters see through smoke during search and rescue situations. They can use drones to get a bird’s eye view of situations such as wildfires that are hard to get to with traditional modes of transportation. Their other pieces of UAS technology also use thermal imaging to see through, over and around smoke, walls and other obstructions that would otherwise endanger a fire fighter.

The thermal imaging camera can also help in missing person cases or certain HAZMAT situations. For missing people or search and rescue missions, drones can fly above and search for people in fields and other vast expanses or behind buildings and tight areas that would be challenging for adults to reach.

In San Diego, the County Sheriff’s Department is looking in to buying drones with cameras to locate missing people, aid SWAT teams and assess wildfires. Lieutenant Jason Vickery said the San Diego Sheriff’s Department is in the early stages of getting feedback on drones, and if the agency ultimately embraces them, drones would be used across the county in emergency and life-saving circumstances.

Aiding with Search and Rescue Missions

With UAS, we can now observe critical situations from perspectives never before possible. They are able to see and do things that humans or traditional aircraft cannot. For instance, the ability to fly in tight corners could greatly help in search and rescue. Because of their small size, commercial drones could simplify search and rescue missions, enter difficult to reach areas and deliver supplies in remote or dangerous areas. They can also aid in disaster relief, allowing government and humanitarian organizations to distribute emergency supplies, especially in the absence of viable roads following natural or other disasters.

Furthermore, while flying over ravaged landscapes or around mountains and rivers, drones can collect GPS coordinates, real-time video and still images of the damage, helping first responders set priorities back at mission control. This data can be overlaid on area topography and maps using operational intelligence (OI) technology to show specifically where and how the landscape has shifted, as is often the case with powerful earthquakes, floods and other natural and manmade disasters that can decimate identifying landmarks.

Employing these drones is often cost-effective and time-efficient. Sending out a UAS to survey an area requires minimal personnel, and it can be done in a matter of minutes following a disaster.

Today in Canada, first responders are using drones often as their first contact with an emergency situation. West of Ottawa, paramedics in Renfrew County recently launched a drone patrol as a primary response plan across a variety of scenarios such as finding lost hikers, life-vest delivery to capsized boaters or hazardous material confirmation following highway crashes. They are utilizing larger drones to carry life-saving medical equipment to a scene such as a defibrillator or epi-pens.

Drones can also act as surveillance and police security of large groups of people at major events. Allowing the situation to be viewed from on high, they can monitor for accidents or suspicious activities and relay information back to public safety officials who can escalate a manned response if needed.

Another example from Texas was the use of drones to monitor the beaches of South Padre Island as young people flocked there to celebrate the annual ritual of Spring Break. As they anticipated the hordes of partygoers to the area, local police added two drones to the public safety department to monitor the beach from the sky and act as supplemented beach patrol. They were even thinking about deploying certain drones with specialized safety features, such as releasing a life jacket over a subject who is in distress.

And when coupled with operational intelligence technology that can aggregate various data sources to provide greater situational awareness for public safety officers and first responders, UAS technology can be a literal lifesaver for communities across the country.