Are Drones the Next Big Thing in Laser-Based ICBM Defenses? 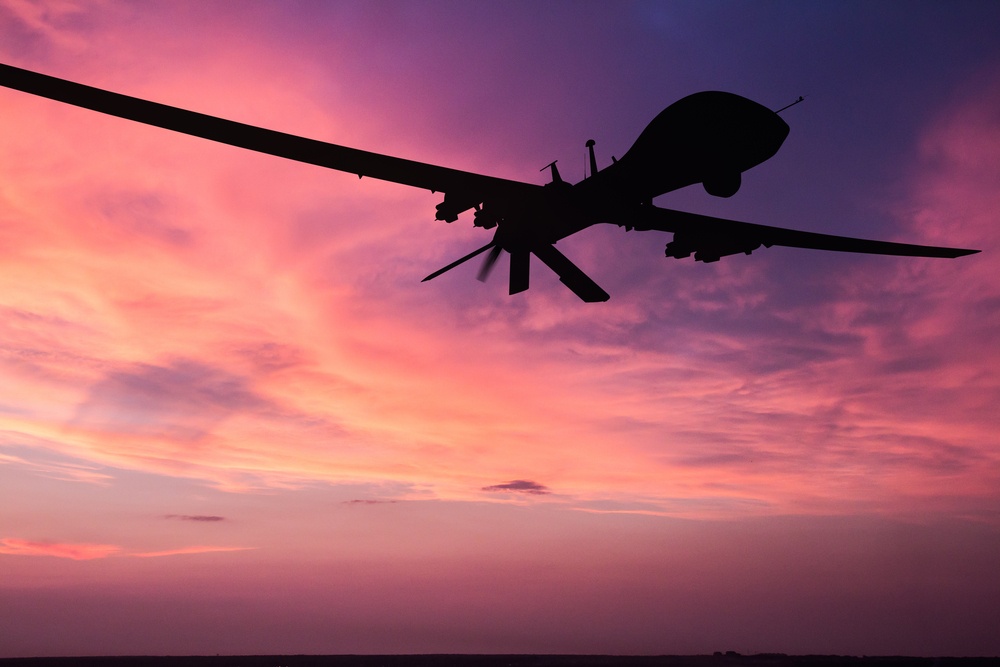 While drone pizza delivery isn’t yet the norm—we did see numerous industries, including the transportation, mining and utility industries, even Hollywood moviemaking, adopt UAS technologies for a variety of new uses. We’ll see even more integration of drones in 2018 in ways never thought of before.

But in the years ahead, drones may lead the way to solving one of the most serious national security dangers facing the nation and the world today: the threat of nuclear attack by North Korea.

The U.S. Missile Defense Agency says it has conducted tests of a “directed-energy airborne laser” fired from a high-flying military drone. According to Air & Space Magazine, “This could become the most important mission given to future UAVs: the destruction of nuclear ballistic missiles.”

This is not the first time the Pentagon has experimented with lasers for anti-missile defense, but it may be the most promising. Drones have the potential of spotting and destroying a nuclear-tipped ICBM in its launch phase, before it has ejected its payload of multiple nuclear warheads and decoys designed to fool anti-missile defenses.

The US currently does not have a system to take out enemy missiles in the launch (or boost) phase. Current systems only allow for neutralization during the midcourse and terminal phases of an approaching missile—when things can get a little dicey. Destroying a nuclear ICBM just after take-off has long been the “holy grail” of anti-missile defense, and drones could be perfectly suited to the task, particularly against North Korea.

In most scenarios, an enemy missile launch would be detected by satellites the moment the missile left the pad, with anti-missile systems engaging to intercept the missile in its midcourse phase—or in the terminal phase, when warheads are practically over their targets. The Pentagon now envisions a fleet of laser-equipped drones cruising at 30,000 feet for days at a time near the North Korean coast, where they would immediately engage an ICBM moments after lift-off.

One of the reasons this is possible is due to most of North Korea’s launch technology and existing arsenal is liquid fueled. Although the regime has successfully tested solid fuel propellants for some of its weapons, liquid fueled rockets can’t be launched on a moment’s notice. They require days of preparation and fueling, activity that could be picked up by satellites, giving ample time to launch the drones in preparation for an attack.

As of May 2018, however, North Korea has successfully developed and begun production of solid-fueled Pukguksong-2 (KN-15) ballistic missiles. While they presumably have a shorter left-of-launch capability, these are going into production with less than standard testing. As for range, tests yielded 560 km height and 500 km downrange ability. That means windows for detection will shrink left of launch as North Korea’s solid fuel rockets become mainstream.

Regardless of the nation of origin or the level of threat they present, missile defense on both sides of launch remain a paramount concern for the DoD.

Laser weapons received new life earlier in 2018 when the U.S. Missile Defense Agency’s budget for 2019 included funding for developing a laser-firing drone to intercept enemy missiles. The agency specifically cited the “recent escalation of the threat” from North Korean ICBMs as the major reason for the boost in missile defense spending. The agency requested $66 million to develop a drone-fitting laser, split between a $61 million Low Power Laser Demonstrator (LPLD) Program and a $5 million budget to boost the laser’s power enough to destroy enemy missiles.

Drones able to take out ICBMs on the launch pad or just after they’ve taken off would have several advantages over current missile defense systems that try to intercept enemy missiles during the midcourse phase and terminal phase. Although the boost phase is short (only one to five minutes), missiles are easier to detect and track when they’re on their way up. During the boost phase they are also less likely to have countermeasures such as decoys and chaff.

“If we can destroy the targets in their boost phase, then that will reduce the challenge of the mid-course phase significantly,” Richard Matlock, MDA’s advanced technology program executive, told Flight Global. “Because we’ll have destroyed the warhead and all the objects that might confuse our sensors long before they’re on their path to the homeland.”

While experiments have confirmed the feasibility of lasers-as-weapons, the technological challenges of developing lasers powerful enough to take out a speeding ICBM but small enough to be carried on a UAV are still immense. Furthermore, in order for the system to work, missile tracking will have to extend hundreds of miles beyond the radar range. In other words, the drones will have to be able to see missiles before they climb above the horizon where radars can pick them up. To be effective, the system will also require a command and control platform with sophisticated operational intelligence that correlates data from a wide range of sources.

The Missile Defense Agency’s request for information (RFI) around proposals for high altitude, long endurance (HALE) unmanned aircraft reveals the challenges confronting design and logistics of a missile-killing drone. Among the requirements:

In addition, the “proposed aircrafts [sic] should be able to maintain continuous positive ground control and are expected to operate from the Pacific Missile Range Facility in Hawaii and Edwards AFB in California.” Besides miniaturizing a laser powerful enough to destroy the missile, the drone must be able to accurately identify and track the ballistic missile during the boost phase, and it has to be able to avoid being shot down by enemy defense measures.

But one of the reasons the Pentagon is more optimistic about developing laser weapon countermeasures is due to advances in solid-state fiber lasers. Unlike highly volatile chemical lasers or less powerful solid-state bulk lasers, solid-state fiber lasers use the same sort of fiber-optic technology that provides high-speed internet access and HD cable television. Adding more power to the lasers just means adding more fibers.

The MDA has already awarded more than $27 million in nine-month contracts to Lockheed Martin ($9.4 million), General Atomics ($8.8 million) and Boeing ($8.9 million) for the integration and testing of a low-power laser on a drone, with a low-power flight test scheduled for 2020 and a beam stability test expected in 2021, according to Flight Global.

If successful, the tests could produce what MDA calls “a game-changing” advance in missile defense.

The Role of Operational Intelligence in Situational Awareness

As the nation’s defense capabilities grow, so will the need for a fully integrated operational intelligence platform. Simulyze’s OI platform allows UAV operators to operate safely and efficiently with real-time data insight and situational awareness that enables well-informed decisions. Its data gathering, image capture and data analysis capabilities are set to transform the way the military functions with unprecedented visibility into real-time operational intelligence information.

Schedule a demo with Simulyze today to learn how operational intelligence applications provide a foundation for actionable insights in military and defense UAV operations.