From Mines to Ice Caves: UAS Technology is Revolutionizing Dangerous Inspections and Explorations 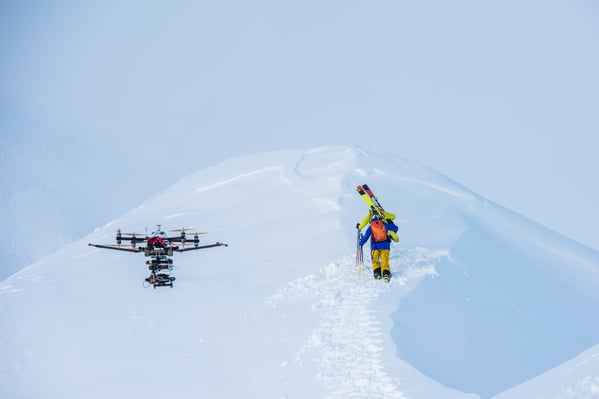 Unmanned aircraft systems (UAS), or drones, are revolutionizing dangerous jobs that are expensive, time-consuming and carry great risk. For that reason, the mining and utilities sectors are exploring the benefits of UAS technology.

From mining operations to industrial inspections, here’s how drones are making dangerous jobs safer than ever.

Drones are becoming the next big thing in industrial inspections, surveying and even scientific explorations. But can they inspect wind turbines, offshore oil platforms and even ice caves? Absolutely.

Utilities companies, in particular, are saving time and money with commercial drone applications by more efficiently monitoring and maintaining their assets. As a result, drone inspection services are set to be a billion-dollar industry. In a 2016 report, PwC estimated the potential marketing for drone solutions in infrastructure to be over $45 billion.

One such story begins in Switzerland. The start-up drone manufacturer, Flyability, is developing an industrial inspection drone. But this is no average drone—Flyability’s drone was designed to navigate and map tight, perilous spaces. It’s also ideal for scientific research of extreme environments. In 2016, the sturdy drone was equipped with a thermal camera to explore and map caves and geological formations under Sicily, Italy.

Flyability also highlights their drone’s capability as a search and rescue tool in environments that are too dangerous for humans to traverse. The technology company recently partnered with the Swiss Alps mountain rescue team to both offer their services and demonstrate their drone’s ability to navigate treacherous environments. Outfitted with an HD camera and powerful lighting system, the drone was dropped into the deep, dark, narrow core of a glacier—and came back out in one piece with the video to prove it.

Drones Take on the Mining Industry

Typical mining responsibilities such as surveillance, monitoring and maintenance are monumental tasks, and current approaches are both capital and labor intensive.

Also, they can provide mapping abilities that deliver better results and drastically improved data for a fraction of the cost. In addition to mapping construction, UAS can be used for a variety of mining tasks, including stockpile volumes, monitoring blasts, surveying mine progress and landscape changes, exploring for minerals and building digital elevation models.

Not only are drones making mining operations more efficient and less expensive, but the infamously dangerous profession can also be made much safer by employing UAS to function as a less invasive exploration method.