Drones and Journalism: How Drones Have Changed News Gathering 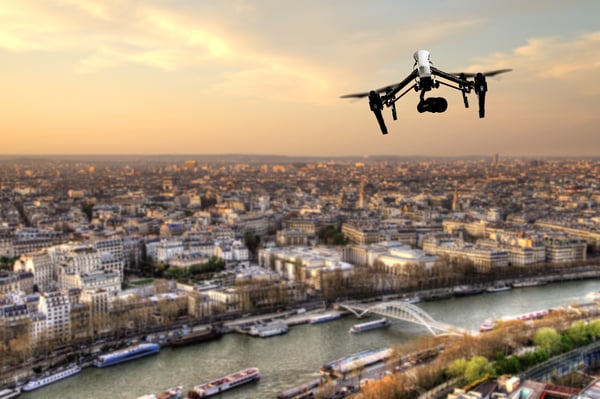 At a recent U.S. Senate hearing this March, the Federal Aviation Administration’s (FAA) Director of the Office of Unmanned Aircraft Systems, Earl Lawrence, and other officials spoke on the state of UAS integration and innovation. The hearing also touched on the ways drones can be used—not only for commercial operations, from agriculture to emergency operations—but also as tools for creating visual art in photography, videography and journalism.

In June 2016, the Federal Aviation Administration (FAA) had finalized its rules on the commercial use of UAS, which gave journalists clear guidance on drone use for newsgathering purposes across the U.S. Consequently, many journalists have been eager to explore the possibilities of drones. The technology is set to become a mainstream tool in journalism with vast potential applications.

According to FAA rules, operators are no longer required to obtain a pilot’s license before receiving an exemption to fly a drone. The easing of regulations was a significant development for American photojournalism because it put relatively inexpensive aerial photography, videography and airborne sensors in the hands of journalists across the United States. This has created vast opportunities as well as new challenges for journalists and regulators alike.

Drones are unique in that they can offer distinct visual perspectives. They can be used to explore new reporting frontiers, beyond the visuals, through data collection and integration with emerging technologies. The advantages of drone journalism are still emerging. And while there are critical regulatory and legal concerns still to be addressed, this is a field showing huge potential. UAS are delivering open-source aerial photography and disaster coverage to newsrooms across the country.

Drones are creating powerful storytelling moments, opportunities for multispectral imagery and photogrammetry. As a storytelling tool, it can take readers to new places and grant unexpected insights. It can also give subjects an epic perspective, such as this footage of Chernobyl for a 60 Minutes report.

Cost-effectiveness is also a key advantage for reporters; events that are typically covered by news helicopters can often be transitioned to lower-cost UAS. Traditional methods such as renting a helicopter to get aerial images or video were only available to large media outlets due to price. With the introduction of drones, small operations can capture the same images and conduct the same investigations using a platform which is accessible and pays for itself almost immediately.

Drone journalism has the potential to cover natural or man-made disasters by illustrating the extent and gravity of the situation. Their visuals can also be used to create maps of disaster areas and, combined with data, explain how different communities fared after a major storm.

Unfortunately, some challenges of incorporating drones into journalism include navigating the cumbersome regulatory framework and operational safety risks and hazards.

Although the FAA has been tasked to consider important security issues, the administration hopes to continue moving integration forward and enable further innovations in drone technology.

To overcome these challenges, Simulyze’s Operational Intelligence (OI) platform and applications can provide operators with real-time, in-depth data access in the most remote environments or low-bandwidth situations. Incorporating weather forecasts, maps and topography of the local area and other data, pre- and post-production planning native to OI applications for UAS can help journalists and film crews ensure ease and safety when filming.

Schedule a demo today to learn more about Simulyze’s OI technology and its impact on the journalism industry and the continued adoption of commercial UAS.