Drones and The Future of Autonomous Navigation 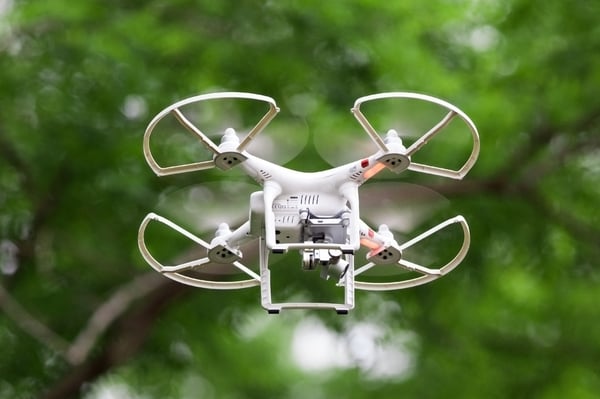 How soon are we going to see cars flying through the sky? It’s 2017 already, so when can we expect The Jetsons’ lifestyle to become a reality? Although many companies are experimenting with autonomous vehicles, as of now all signs point to autonomous drones filling our skies long before fully autonomous cars are traversing our roads.

Autonomous technology can transform the way we move people and goods across our roads and our airspace. Autonomous aircraft, in particular, are set to demonstrate the advantages that will make widespread adoption of unmanned vehicles possible in the near future. Drone technology is evolving to the extent that drones can fly autonomously in complex environments even when encountering multiple obstacles.

Although navigating difficult terrain has been an ongoing challenge for researchers, they have made some headway, recently. For instance, in 2015, a team at the Massachusetts Institute of Technology demonstrated their autonomous drone navigating through forested areas at 30 miles per hour. As technology advances, autonomous drones like this could one day aid in search and rescue operations.

At this year’s annual Consumer Electronics Show (CES), Qualcomm—in collaboration with Alarm.com—presented the latest iteration of their Snapdragon Flight drone platform for autonomous drone navigation. The platform, specifically created for security purposes, includes real-time flight control and machine learning on board a UAS. With this technology, drones can autonomously navigate through a property and provide a high-resolution video feed to the property owner—without using GPS, which would be crucial for operations where GPS signal is unreachable.

Today, companies that have been experimenting with UAS delivery (like Amazon) are using the technology to deliver packages with incredible speed and precision in heavily populated areas. Furthermore, drone technology is affordable and, in turn, accessible. Drones can be purchased at wide-ranging price points, opening the environment to an array of innovators and entrepreneurs. Autonomous vehicles, on the other hand, are costly to research and develop.

Although autonomous drone technology is still in the preliminary stages, drones may be the future of autonomous navigation long before driverless cars, since the technology can be augmented further with operational intelligence (OI). And as regulatory organizations such as the FAA continue to advance drone regulations to allow flight outside an operator’s line of sight, demonstrating safe, autonomous computing onboard drones is increasingly important.

Fortunately, Simulyze’s Mission Insight provides real-time data insights and the intelligence needed for safe UAS operations in the National Airspace. With Mission Insight, companies can use pre- and post-flight data analysis to optimize flight safety and achieve UAS situational awareness. Built on a proprietary OI platform, it can ensure that companies remain compliant and safely navigate the national airspace while moving forward with the technology.

Schedule a demo today to learn more about operational intelligence’s impact on the adoption of UAS in commercial applications.